Akbar Salam obtained a BSc in Chemical Physics and a PhD in Chemistry, both from University College London. In 2003 he joined the Department of Chemistry at Wake Forest University as an Assistant Professor, and has been Professor of Chemistry there since 2014. His research interests lie in the area of theoretical and computational chemistry, with special emphasis on the development and application of molecular quantum electrodynamics to radiation-molecule and molecule-molecule interactions.

In 2005 he was the recipient of the Wiley-International Journal of Quantum Chemistry Young Investigator Award. Prof. Salam has twice held visiting fellowships at Harvard University and Smithsonian Centre for Astrophysics’ Institute for Theoretical Atomic, Molecular and Optical Physics (ITAMP), and has been a guest lecturer at the University of Salamanca, and a Visiting Professor at Kyoto University and the University of Sao Paulo. 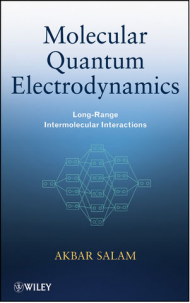 Radiation-molecule and molecule-molecule interactions are described completely quantum mechanically using quantum electrodynamics. In this microscopic treatment of electron-photon interactions, the time evolution of the dynamically coupled radiation-matter system is followed and quantum mechanical probabilities are evaluated for a variety of chemical and physical processes. New approaches within this framework are presently being developed to enable the facile computation of the energy shift due to higher multipole moment contributions to the retarded van der Waals dispersion force. Other applications of the formalism involve calculation of transfer rates arising from the resonance exchange of energy, and transition rates for chiroptical and nonlinear optical spectroscopies such as induced circularly polarized luminescence and two-centre two-photon circular dichroism.

In this viewpoint, only matter is treated quantum mechanically, with the electromagnetic field considered as an external classical perturbation. Analytical rotating-wave approximation expressions in addition to “exact” numerical methods for the solution of the time dependent Schrödinger equation in the presence of a periodic potential, are used to compute state probabilities and absorption spectra. These and other techniques will be used to extend and apply a theory of the control of the relative populations of an enantiomeric pair undergoing excitation by a circularly polarized pulsed laser, as well as the calculation of single- and multi-photon circular dichroism rates. 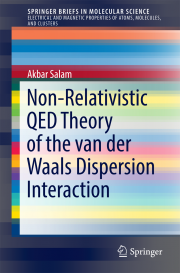