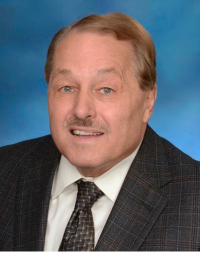 Dr. Joseph R. Lakowicz is a Professor of Biochemistry and Molecular Biology at the University of Maryland School of Medicine. He is also the Director of the Center for Fluorescence Spectroscopy which he established in 1988. He has been developing concepts in fluorescence for 35 years, since the beginning of his faculty career. He has been continuously funded by NIH for last 35 years. Dr. Lakowicz has published over 600 peer-reviewed publications, written 3 single author books, co-authored over 20 books and has over 40 U.S. Patents. Dr. Lakowicz is the sole author of the widely used Principles of Fluorescence Spectroscopy, 3rd edition, which has sold more than 20,000 copies worldwide. 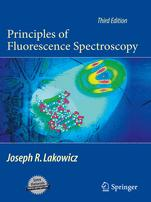 During my research career I have focused on advancing the theory and practice of fluorescence spectroscopy as applied to the biosciences. These studies have included development of instruments and software, new methods such as light quenching and synthesis of novel fluorescent probes. Light quenching is the phenomenon used in STED super-resolution microscopy. Starting about 15 years ago it became clear to me that fluorescence was reaching some technological limits where further improvements in sensitivity or resolution would be incremental. At that time we began our studies of the interactions of fluorophores with plasmons on metallic surfaces. We started this work because we saw the opportunity for dramatic changes in fluorescence technology by using the optical properties of metallic nanostructures to modify the temporal properties of fluorophore emission. We refer this phenomenon in a more general way as plasmon-controlled fluorescence. This field has grown dramatically and now numerous labs are involved. We were among the first to use these effects for sub-diffraction limited resolution. Metallic structures have been shown to yield beaming emission. These effects are now being used to increase the extraction efficiency of LED lighting. We are now extending this work to hybrid plasmonic-photonic structures. Our emphasis is on understanding the principles of fluorophore-nanostructures interacts and thereby enable the use of these effects on the biosciences. The Center of Fluorescence was a National Center for Research Resource for 15 years and is now supported by the National Institutes of Health. The CFS has advanced the technology for fluorescence and its applications to the biosciences. Considerable progress has been made in the CFS in areas such as probe chemistry, time-resolved fluorescence, multi-photon excitation, imaging, fluorescence lifetime imaging, genetically engineered probes, and single molecule detection. The role of the CFS has typically been to develop the fundamental chemistry, instruments or analysis methods which are then applied to areas such as fluorescence sensing, genetic analysis and cellular imaging. Since 2000 Dr. Lakowicz has focused his efforts on the use of near-field fluorescence with plasmonics and photonics structures. This work has resulted in the publication of over 100 peer-reviewed papers on this topic, including experimentation, theory and reviews.

Dr. Lakowicz was the recipient of a number of awards including the 2nd Annual Theodore E. Woodward Award, Gregorio Weber Award for Excellence in Fluorescence Theory and Application, National Science Foundation Fellowship and a NATO Fellowship in Science. He is the fellow of American Association for the Advancement of Science and Fellow of SPIE, the International Society for Optical Engineering. He also has served on the Scientific Advisory Boards of LJL Biosystems, Inc. Life Spex, Inc., Optical Sensors, Inc., 3D Pharmaceuticals, Inc., FluorRx, Inc., and ART Advanced Research Technology.

Dr. Lakowicz is the Founding Editor-in-Chief of the Journal of Fluorescence and the Journal of Biomedical Optics, Founding Co-Editor-in-Chief Plasmonics, Topics in Fluorescence Spectroscopy and Co-Founding Editor Annual Reviews in Fluorescence.He has started the course Principles and Applications of Time-Resolved Fluorescence Spectroscopy in USA and Germany. This course is attended by Ph.D. level scientists who are using fluorescence in their research. The course is a week long, with hands-on-experiments on state-of-the-art instruments brought in by a dozen of companies. The course has been taught in Baltimore for 15 years, and in Berlin the last 10 years. Over 1,100 scientists have attended the course, including a number of full professors and six members of the National Academy.