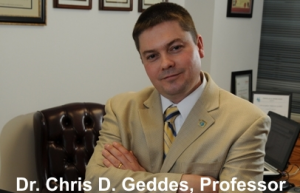 My research interests are underpinned by the Institute of Fluorescence’s expansive fluorescence and plasmonics programs. These include developing new fluorescence-based approaches for clinical sensing and spectroscopy; the development of devices for health care and safeguard; the use of low-power microwaves for kinetically accelerating assays, bio-recognition events and the triggering of Chemiluminescence, as well as the development of metal-enhanced fluorescence and plasmon-enhanced phenomenon.

Over the last few years I have invested a significant portions of my time developing a Unified Description for the interactions of fluorophores /luminophore with surface plasmons. Despite the early observations of close-range interactions of metal and fluorophores dating back to the 1970s, the phenomenon known as Metal-Enhanced Fluorescence (MEF) has recently attracted the worldwide attention of scientists from biomedicine and biotechnology. Metal-fluorophore interactions have also been named surface-enhanced fluorescence and radiative decay engineering, by both us and others, offering no and partial explanation to the phenomenon, respectively. MEF terminology was first used in an article in 2002 by my group, which we feel offers a much wider description of metal-fluorophore interactions.

In 2005, a new mechanistic description called the Radiating Plasmon Model was postulated by my coworkers and I, that emphasizes the importance of the scattering efficiency of plasmonic nanoparticles on MEF. These interpretations are now contained within a significantly more developed Unified Plasmon-Fluorophore Theory (UPFT) currently being developed. In more recent years, we have been clinically validating some of the MEF assays we have developed.