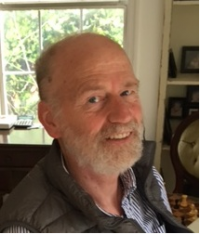 born April 7, 1950, the Netherlands. Ph. D. in Theoretical Physics, 1979 from the University of Groningen. My thesis was on liquid crystals. During 1975-1979 I did research in this field and found out that the human body is loaded with liquid crystals as membranes, myelin, white brain matter and other organs/organelles. This aspect of liquid crystals was not part of my work, but it intrigued me and I applied to the Netherlands Cancer Foundation allowing me to switch to molecular biophysics. This switch was my first culture shock, which was extremely heavy. The one I underwent in 1986 by moving to the USA was light in comparison. The 1986-culture-shock was adapting to American society which was not that hard for my family and me, but in 1979 I needed to learn that the purely mathematical approach to science did not work for me anymore until I learned more biochemistry, fluorescence, and less mathematical ways of communicating science. I did a post-doc at the University of Leyden, where Jaap de Goede, Bert Verveen and Dick Ypey taught me molecular biophysics and physiology. I collaborated with Wim van Blitterswijk and Rob van Hoeven who taught me membrane fluidity and fluorescence depolarization. I joined them at the Netherlands Cancer Institute in Amsterdam, where I did my second post-doc. I was a visiting scientist for a few month in 1983 working with Enrico Gratton at the University of Illinois in Urbana-Champaign. Enrico taught me more fluorescence and multi-frequency fluorimetry. In 1985 I joined Dave Jameson and Moshe Levi in Dallas, Texas, where I learned more fluorescence from Dave and more biochemistry from Moshe. After 2 years at the Oklahoma Medical Research Foundation where Peter Sims introduced me to excimer fluorescence and immunology, I joined the department of Physics and Astronomy at Western Kentucky University in 1988, as an assistant professor. I am still there now (2017) as a full professor, teaching physics and biophysics, and doing research in FRET (Fluorescence with Resonance Energy transfer, a.k.a. Förster Resonance Energy Transfer). In the early 1990’s I noticed that the information about Förster distances was scattered all over the literature and only a few tables had been collected. I decided that gathering these distances in tables should be very useful and my student, George Coker, and post-doc, Simon Chen, and I did that and were planning to publish the tables as an article or review paper somewhere, but then Elisha Haas suggested we should write a book. I was knowledgeable about FRET but certainly not an authority. However, by preparing the book I became an expert. I now believe that one should focus on the top-cited papers in an area, and thoroughly study those to facilitate the transition from user to expert. I did that and wrote with George Coker and Simon Chen “Resonance Energy Transfer” as FRET was called then. I learned to love all aspects of FRET but in particular the orientation factor, kappa-squared, which is hated by many FRET people, unfortunately. Bob Dale taught me a lot about kappa-squared. I have enjoyed collaborating with many people, notably among them are Steve Vogel, who pointed out the importance of kappa-squared in the static averaging regime, and Paul Blank, who showed me that fitting time-resolved-efficiency data is useful, but tricky. 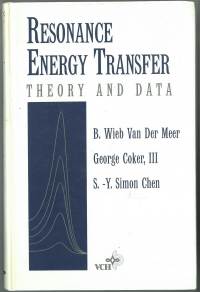