Nicholas J. Turro was born in Middletown, CT. in 1938, and passed away on November 24, 2012 following a courageous battle with pancreatic cancer. He was married to his wife Sandra for 52 years with whom he had two daughters.[1]

Turro received a B.A. in Chemistry from Wesleyan (CT) University in 1960. He then earned his Ph.D. in Organic Photochemistry under George S. Hammond at the California Institute of Technology in 1963 and was an NSF Post-Doctoral Fellow in Physical Organic Chemistry with Paul Bartlett at Harvard University from 1963-1964.

Nicholas J. Turro was the William P. Schweitzer Professor of Chemistry at Columbia University where he taught from 1964 until 2012. He also held professorships in the Department of Chemical Engineering and the Department of Earth and Environmental Engineering (full list of appointments below). He sponsored the Ph.D. thesis of over 70 students and mentored over 200 post-docs. Over 100 undergraduates were trained in research under his supervision.

Additionally, Turro was heavily involved in the development of information technologies for the teaching of science since the early 1990s. At Columbia University he organized a "Faculty-Student Information Technology Cluster" which provided resources for faculty in the sciences to develop IT tools for use in their courses. After a three year period, the activities of the "Cluster" were taken over by the University through the establishment of a Center for New Media for Teaching and Learning (now the Center for Teaching and Learning).

Appointments: (all at Columbia University)

Turro recognized that photons are both a reagent (photon absorption) for initiating photoreactions and a product (photon emission) which allows molecules to be imaged in space and time. Photons as reagents possess some outstanding properties, e.g., they may be used to selectively excite specific groups of atoms in a single molecule or a specific molecule in a mixture, because the light absorption depends on definite and unique electron energy gaps. This selectivity of photon absorption may be controlled and varied at will by use of lasers or by a monochrometer. The concentration of photons may be varied at will by controlling the light intensity. Photons can even be made optically active by the use of circularly polarized light. Finally, by use of lasers that can produce short pulses of light, high concentrations of photons can be injected into a system to trigger reactions in times as short as a trillionth of a second (a picosecond). 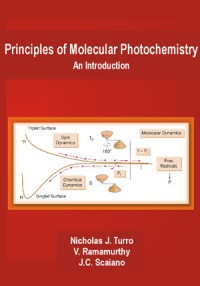 Turro studied the structure and dynamics of a range of reactive intermediates such as carbenes, singlet oxygen, radicals, radical pairs, and biradicals; these species are produced by photochemical excitation. Their chemistry is investigated directly by a range of time-resolved techniques and then characterized in real time by UV-VIS, IR, ESR or NMR analysis.

Additional lines of Turro’s research include the use of photoemission to track mRNA molecules in living cells with “molecules beacons” which are specifically designed to “light up” when they hybridize with their complementary strand on the mRNA; an investigation of the mechanism of reversible oxidation of carbon nanotubes; the stereoselective addition of singlet oxygen to double bonds; the characterization of the surface of nanocrystals; and the mechanism of paramagnetic interconversion of electron and spin paired systems.

The research of students in Turro’s group was strongly interdisciplinary and collaborative. Typically, a student would work together and actively with other research groups in the Chemistry Department, other departments at Columbia University, or even departments in other universities. This approach familiarized students with the advantages of teamwork in research, and allowed students to be exposed to a range of intellectual and scientific methods to solve scientific problems while engaging in projects ranging from materials science, to environmental science, to chemical biology.