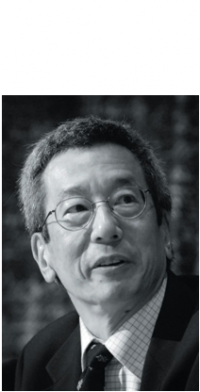 Roger Yonchien Tsien (1952-2016) pioneered the use of light and colour to ‘peek and poke’ at living cells to see how they work. His most famous achievement, recognized by a share of the Nobel Prize in Chemistry in 2008, transformed biology: he developed a rainbow of probes, based on the jellyfish green fluorescent protein (GFP), to illuminate cell structure and function.

Roger died suddenly in a park near his home in Oregon on 24 August. He was born in New York in 1952 with science in his blood. His father’s cousin was Tsien Hsue- shen (Qian Xuesen), architect of China’s missile and space programme. Roger would combine his father’s engineering talent with the medical interests of his mother, a nurse. Roger had an early passion for chemistry. Despite his Chinese name (which means ‘always healthy’), childhood asthma often kept him indoors, reading and drawing. He fought going to kindergarten until his teacher allowed him to bring in a favourite book: he picked All about the Wonders of Chemistry. From the age of eight, he performed increasingly complex and some- times hazardous chemistry experiments at home. At 16, he went to Harvard University in Cambridge, Massachusetts (avoiding the Massachusetts Institute of Technology, where his father, uncles and brothers studied), and sampled many subjects. Ironically he found the chemistry courses “so distasteful” that he abandoned them for neurobiology.

Roger then spent nine years at the Physiological Laboratory at the University of Cambridge, UK. First he was a PhD student with the eminent muscle physiologist Richard Adrian; then he did a postdoc with one of us (T.J.R.). He emerged as an ingenious, largely self-taught synthetic chemist.

Much of Roger’s early work was directed at imaging neural activity, by trying to develop tracers of sodium- or calcium-ion movements that support brain signalling. By 1980, he had invented quin2, a synthetic fluorescent dye that selectively binds to calcium, and had devised a clever way to sneak this dye and other probes into intact cells. This first practical probe for calcium found wide early use in studies of intracellular calcium signalling.

Amazingly, Roger struggled to find a faculty position because his work straddled disciplines. In 1982, he joined the physiology department at the University of California, Berkeley, where colleagues encouraged him to create more tools. First came superior calcium dyes, in particular fura2, which is strongly excited by different wavelengths of ultraviolet light before and after binding calcium. Capitalizing on this feature of fura2 (and indicators with similar optical proper- ties), Roger and his group made it much easier to monitor calcium under challenging conditions, for example, across the width of a cell. His group also created valuable fluores- cent sensors for pH and for sodium.

In 1989, facing resource constraints, Roger transferred to the University of California, San Diego (UCSD). Here he remained for the rest of his career. He wanted to make sensors that could be genetically encoded, allowing researchers to target specific cell types without having to inject a tracer. In the 1990s, he saw the potential of GFP. The protein had been isolated from jellyfish in the 1960s by Osamu Shimomura (who shared the 2008 Nobel) and cloned by Douglas Prasher in 1992. Martin Chalfie, who also shared in the Nobel, first used GFP to image living cells in 1994.

He took great pleasure in naming probes after fruits such as the tomato, cherry and plum. GFP variants are now ubiquitous in bio- logical research. They can be used to bind with and track cancer cells, aid gene therapy, image mitosis, paint neurons in rainbow colours and spy on signalling in subcellular organelles such as mitochondria. They have even been used to make art.

Roger’s group at UCSD developed many other optical probes, including fast- response sensors to measure electrical signals across cell membranes, and dyes for tracking proteins with a combination of light and electron microscopy. In recent years, he had two main projects: the design of fluorescent tracers to illuminate tumours during cancer surgery; and the storage of long-term memory by the pat- tern of holes in the perineuronal net that surrounds neurons in the brain.

Roger’s trajectory helped to make it respectable, indeed fashionable, to spend a career inventing reagents and methods. He is named in more than 160 US patents, often as lead inventor. Although naturally keen to participate in the first application of his new tools, he was also generous in providing materials to other scientists.

Roger co-founded three biotech companies that capitalized on his inventions. He semi-seriously quipped to his wife Wendy that, apart from the potential human benefit, the main point of these companies was to provide suitable jobs for his postdocs.

Roger was a fine pianist and briefly considered a musical career. A gifted amateur photographer — a hobby in keeping with his passion for colour and imaging — he enjoyed holidays in the wild outdoors, often taking arduous treks, camera in hand. Roger will be hugely missed by family, friends, colleagues and the many scientists who appreciated him as a brilliant enabler of scientific progress.