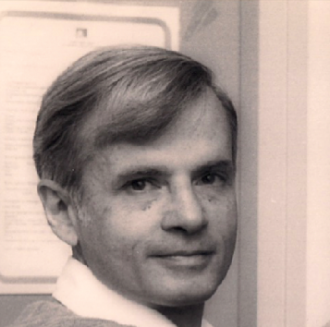 Izchak Steinberg passed away on March 22, 2017 at the age of 85, and a long and illustrious life in science has come to an end. Izchak was a truly brilliant scientist endowed with outstanding intellectual capacity, razor-sharp analytical prowess and superb scientific intuition. These were complemented by his exceedingly gentle, soft-spoken, modest and caring personality. In his very friendly and kind style Izchak mentored a large number of students, many of whom went on to become successful scientists in their own right. Izchak was highly regarded for his achievements, and received numerous awards including the prestigious Rothschild Prize in Chemical Sciences and was elected to the Israel Academy of Sciences and Humanities in 1987. He often felt embarrassed by the respect, even admiration, displayed by the people who worked with him and shied away from administrative titles and positions, or from public ceremonies and other official gatherings in his honor.

Scientists are, at the end, remembered for their contributions to science, and Izchak’s contributions, some of which will be highlighted below, were numerous and of very high originality, even visionary. He was deeply motivated, and able, to tackle important and complex problems and was at ease with developing novel and innovative experimental methodologies as well as sophisticated mathematical-theoretical ones to address experimentally challenging or conceptually complex problems. He possessed an ingenious intuition which, fundamentally, was based on a very deep scientific understanding.

Izchak Steinberg was born on June 2nd 1931 to an orthodox Jewish family in Jerusalem. He was raised in a strictly religious environment, but from a very early age developed a strong interest in science. In 1950, when the Hebrew University in Jerusalem resumed Chemistry teaching after Israel’s 1948-1949 War of Independence, he enrolled in the first class. One of the entrance examinations required the composition of an assay in English. Izchak’s assay was considered outstanding and won him a stipend to support his studies. He graduated in 1956 with a Master of Chemistry degree and then moved to the Weizmann Institute of Science in Rehovoth to pursue his Ph.D. thesis research under the mentorship of Professor Ephraim Katchalski-Katzir (who, years later, was to become the fourth President of Israel).

Katchalski’s group was at that time focusing on the study of synthetic polypeptides as a model for natural proteins. Izchak contributed to this effort, working both on the synthesis of linear and branched polypeptides, as well as on characterizing the configurational changes of poly-L-proline in solution. One of the main structure-reporting methodologies at the time was optical rotatory spectroscopy, a predecessor of circular dichroism, and this was Izchak’s first encounter with the differential interaction between chiral molecules and circularly polarized light. It was here that the seeds of his future key contributions to this field, discussed below, were sown.

Izchak was awarded his Ph.D. degree in 1960 and then spent three years performing postdoctoral research; first with Harold Scheraga at Cornell University working on the contributions of hydrophobic residues (and entropic forces in general) to the stabilization of protein conformations, and later with Howard Schachman at UC Berkeley applying ultracentrifugation using absorption optics to study the interactions of biological polymers.

Shneior Lifson, the Chair of than newly-created Department of Chemical Physics at the Weizmann Institute, invited Izchak to join the department as an independent researcher, which he accepted in 1963. This signaled the beginning of a long and incredibly original and productive career that spanned the following 40 years and that encompassed a number of scientific fields and disciplines, and which was of great originality and high quality. Some of these contributions are listed below. Izchak’s motivation for explaining natural phenomena at a fundamental level resulted in several early theoretical analyses of the role of diffusion both in chemical reactions and in fluorescence quenching, work he did in collaboration with his Ph.D. mentor E. Katchalski. This was followed by his independent and pioneering work where he provided analytical solutions for the nonradiative (Förster-type) energy transfer of electronic excitation energy (FRET) in systems of numerous, randomly distributed, donors and acceptors. Beginning with a theoretical analysis of FRET in system where the rotatory Brownian motion is frozen, the work evolved to a detailed theoretical description of FRET in dynamically fluctuating biopolymers with energy donor-acceptor pairs and culminating with a detailed analysis of Brownian motion of the end-to-end distance in oligopeptide molecules using a numerical solution of the diffusion equations as coupled first order linear differential equations.

Applying the FRET equations to study the dynamics of the fluctuating end-to-end distance of a protein’s polypeptide chain became a long-term focus of the Steinberg laboratory yielding important new knowledge on the morphology of the protein’s “unfolded” state (which turned out to be quite compact and flexible) and on the architecture of the protein’s folding intermediates. The Steinberg laboratory later developed the more powerful approach applying time-resolved end-to-end FRET measurements to protein molecules and these studies provided a much more detailed understanding of the intramolecular dynamic fluctuations and conformational changes of protein molecules, providing the experimental foundation for subsequent modeling work in many laboratories.

An optical spectroscopic technique that was, and still is, frequently applied to obtain structural information on biological molecules in solution is circular dichroism (CD) which utilizes the difference between the extinction coefficients of chiral molecules for left and right circularly polarized light. A well established and extensively used, application of this technique is the determination of the secondary structure content of proteins and peptides. Steinberg argued, from first principals, that if a fluorescent molecule is chiral, or placed in a chiral environment, making its absorption is circularly dichroic, the emitted fluorescence must also be partially circularly polarized. The fraction of circular polarization in the fluorescence was estimated to be quite small in most cases and hence a very sensitive detection system had to be constructed to record this circularly polarized luminescence (CPL) spectra. Izchak designed the experimental system, both optics and electronics, needed to measure CPL spectra and with a group of enthusiastic students went on to demonstrate the existence of this new phenomenon and to later publish a large number of innovative applications to structural studies of proteins and other biological molecules.

The realization that the CD spectra of fluorescent chiral molecules can also be detected and measured through fluctuations in their fluorescence intensity by alternating the excitation light between left and right circular polarizations, led Izchak to the development of another novel spectroscopic tool, fluorescence detected CD (FDCD). In collaboration with Ignacio Tinoco Jr. (UC Berkeley), who independently developed the same approach, a combination of CPL and FDCD was used in rigid media where by photoselection of the excited chromophores the group successfully explored direction-dependent optical activity.

In 1975-76, while on a Sabbatical leave in Boston, Izchak developed a keen interest in neurobiology. This evolved to become a major research area that he continued to pursue after his return to the Weizmann Institute. As his interest in neurobiology continued to increase over the following years, he moved to the Department of Neurology at the Institute. For several years Izchak did much of the work in this arena in collaboration with the famous neurophysiologist Rudolfo Llinas (New York University). By applying the voltage clamp technique to the squid giant synapse they were able to develop a detailed model for synaptic transmission in this organ. In a subsequent study, also using the squid giant synapse, a relationship between presynaptic calcium current and postsynaptic potential was characterized.

The last ten years of Steinberg’s outstanding research career were a period where he greatly diminished his outside collaborations, greatly reduced the size of his group and worked largely by himself addressing topics that were most interesting to him. During these years he did some of his most profound work much of which involved theoretical analysis of noisy data; how noise can be used to derive information on dynamic behavior of macromolecules as well as on the time reversal of noise signals. Another focus Izchak’s research during this period was the analysis of data obtained from single ion channels. He published several theoretical papers on the relationship between statistical properties of single ionic channel recordings and the thermodynamic state of the channels, described a method to use single-channel recordings to derive the frequencies of paired open-closed durations of ion channels, and developed an analytical expression for the electro-tonic spread in branched passive dendritic trees. Where analytical solution could not be derived, Steinberg used numerical analysis. For example, he applied computer simulation to characterize the effect of non-inactivating sodium channels on the space and time-dependent electric behavior of excitable cells.

Izchak Steinberg was a brilliant scientist who made profound contributions in a variety of research areas. While these contributions can be found in Steinberg’s publications, they do not reflect his full legacy. His brilliant and very incisive mind dwelt within the most kind, gentle and thoughtful person. While Izchak was always the “wise man” in any gathering of scientists and the “go-to” person for all things scientific, he was also very respectful of others and always made the people around him, including his many students, feel very comfortable expressing their views and ideas.

While science was, unquestionably, one of Izchak’s great loves, it had to take second place behind his love to his wife, Ruth, his three daughters and his extended family. It was Ruth, and the classical music that he also loved, that kept him company in his later years when he retired from scientific research.

Izchak Steinberg is sorely missed by his family and by all who knew him as a colleague, a mentor or a friend.

Steinberg IZ, Ehrenberg B. A theoretical evaluation of the effect of photoselection on the measurement of the circular polarization of luminescence.J. Chem. Phys. 61: 3382-3386 (1974).

Steinberg IZ. Noise as a source of information about dynamical properties of biological macromolecules. Biopol. 26: S161-76 (1987).