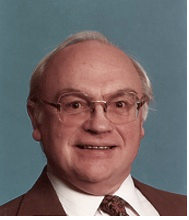 Robert S. Knox, Professor Knox received his BS in engineering physics (1953) at Lehigh University and his PhD in physics and optics (1958) at the University of Rochester. After two postdoctoral years at the University of Illinois at Urbana-Champaign, he joined the University as an Assistant Professor of Physics in 1960. He was promoted to Associate Professor in 1963, and to Professor in 1968. He remained in that position until becoming Professor Emeritus in 1997. Currently he also holds an appointment as Senior Scientist at the Laboratory for Laser Energetics (LLE). He has spent sabbatical leaves at Leiden University, Kyoto University, and Imperial College in London, UK. He was chair of the Department (1969-1973) and Associate Dean for Special Programs in the College (1982-1987). Professor Knox is the author of the book The Theory of Excitons and in 1994 was awarded the Biological Physics Prize of the American Physical Society in connection with his research on photosynthesis Professor Knox's research, originally concentrating on the excited states of insulating crystals and molecular solids, is currently in the areas of Theoretical Biological Physics and elementary climate modeling. His work has focused on the optical properties of biological molecules and energy transfer among them, and most recently on studies of the primary processes of photosynthesis. Professor Knox directed an experimental program in picosecond fluorescence at LLE from 1980 to 1988. He currently works on the phenomeonological theory of primary photosynthetic processes, directs undergraduate research, and is completing a study of a two-temperature model of global warming.