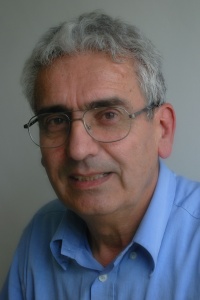 Vincenzo Balzani is currently Emeritus Professor at the University of Bologna and his research is devoted to photochemistry, i.e. the interaction of light with chemical systems, as described in his recent publication [V. Balzani, P. Ceroni, A. Juris, Photochemistry and Photophysics: Concepts, Research, Applications, Wiley-VCH, 2014]. 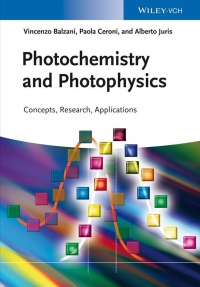 Let us start from the beginning of his scientific career. Vincenzo Balzani graduated in Chemistry, cum laude, at the University of Bologna in 1960, with a thesis related to the photochemistry of metal complex in solution. He became interested in inorganic photochemistry by chance. When he was a student in the laboratory of his mentor Vittorio Carassiti, one of Carassiti’s colleagues was trying to obtain the Raman spectra of cyanide complexes of molybdenum and tungsten. He failed, however, because those complexes underwent decomposition upon irradiation with the Raman excitation lamp. That photodecomposition intrigued Carassiti, who decided to begin a systematic investigation on the photochemical reactions of metal complexes, a field completely unexplored at that time, and asked Vincenzo to start with experiments. After 10 years of intense studies, Professor Carassiti and Balzani wrote the monograph Photochemistry of Coordination Compounds [V. Balzani,V. Carassiti, Photochemistry of Coordination Compounds, Academic Press, London, 1970] that was defined the “bible” of inorganic photochemistry and it has been a source of inspiration for many young photochemists. 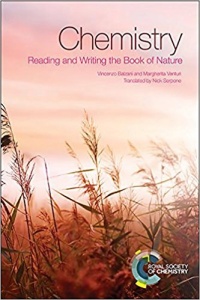 Among inorganic molecules, [Ru(bpy)[math]_{3}[/math]][math]^{2+}[/math] complex has been his favorite molecule: he studied the photochemical and luminescent behavior of more than one hundred Ru(II)–polypyridine complexes, showing that it is possible to tune their ground and excited state properties by a suitable choice of the ligands [A. Juris, V. Balzani, F. Barigelletti, S. Campagna, P. Belser, A. von Zelewsky, Coord. Chem. Rev. 1988, 84, 85]. This work has opened the way to an extensive use of polypyridine metal complexes in a variety of photoinduced electron-transfer processes of fundamental and applied interest, e.g., dye-sensitization of photoelectrochemical cells. A spin-off of these systematic investigations was the discovery that [Ru(bpy)[math]_{3}[/math]][math]^{2+}[/math]complex behaves as an “artificial firefly” when it is used to catalyze the oscillating Belousov-Zhabotinski reaction [F. Bolletta, V. Balzani,J. Am. Chem. Soc.1982, 104, 4250]. Later on, [Ru(bpy)[math]_{3}[/math]][math]^{2+}[/math] became an invaluable component of his molecular machines.

After 1980, there was a natural progression in his research from simple to more complex system, i.e. bi- and polynuclear metal complexes, displaying very interesting intramolecular photoinduced energy and electron-transfer processes. At that time, photoinduced electron transfer was a hot topic, highly investigated in his laboratory. 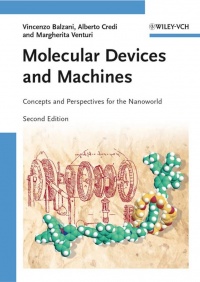 He has been a pioneer of molecular machines, a field of chemistry and materials science that was recognized by the 2016 Nobel Prize in Chemistry to three scientists, two of whom were active collaborators of Vincenzo Balzani.

Vincenzo has always manifested his enthusiasm and creativity in scientific research: he has always tried to show that science is a teamwork and someone brings their own expertise to better address the scientific problem. The scientist is called to explore the unknown rather than to proceed along already paved ways and to think out of the box. Experiments need to be carefully designed and performed and results to be analyzed and interpreted. Scientist’s expectations are often disappointed. Unexpected results which you can rationalize are, in some cases, the most important and promising ones. I always bear in mind when, after a disappointing experiment during my PostDoc, I found a sheet of paper on my desk with the sentence: If you got what you want you have made a measurement If you got what you did not want you have made a discovery

This was left by Vincenzo Balzani: at the end, we got a very interesting result out of that experiment. A famous scientist, Albert Szent-Gyorgyi, said: “Discoveries consist in seeing what everybody has seen and thinking what nobody has thought".

Vincenzo Balzani is not only a fantastic scientist but also a brilliant and enthusiastic teacher. He can explain difficult concepts in a simple and attractive way, as I appreciated attending his lectures of the photochemistry course during my degree in Chemistry at the University of Bologna. Everyone attending his lectures can appreciate his passion for scientific research and challenges, as well as his concern about ethical issues related to science and its applications and to the role of a scientist in our fragile society: these lectures are highly inspiring.

Vincenzo Balzani has pointed out in several occasions (lectures, book prefaces, book reviews, TV interviews, press articles) that today there is a dangerous fracture between science and society and that scientists have a great responsibility to educate citizens and help decision makers to find solutions to mankind's problems. In an attempt to build a bridge between the University and the city of Bologna, he has activated a university course entitled “Scienza e Società” attended by both students and citizens. He is very proud of the title “Public Passion” used byNature [Nature 2013,503, 559] to comment on the delivery of the Award for Vincenzo has always done many lectures in schools and to citizens on science and society and he also chairs a self-organized scientific committee that urges the Italian Government to take strong actions on the climate and energy issues.The themes of hydrogen, fossil legacy, and electric power have been critically reviewed in several articles, and the related political, social and moral issues have been extensively discussed in a monograph [N. Armaroli, V. Balzani, Energy for a Sustainable World – From the Oil Age to a Sun-Powered Future, Wiley-VCH, 2011], which has received much attention in the scientific community.

The ethical concern is also evident by the last chapter of his book on Molecular Devices and Machines: after having described in 16 chapters all the scientific and technological aspects of this field, he, together with co-authors Alberto Credi, Margherita Venturi, added the final chapter, dealing with “The Role of Science in Our Time”, introduced by the following few lines:

“This book deals with science, mostly with basic science; therefore, it could (some readers will say it should) have ended with the previous chapter. But, nowadays, can science be treated as a separate, neutral, and aseptic item? Can a scientist ignore theproblems of the human society and isolate himself in an ivory tower? We believe not.We believe that there is a great need to debate the role of science and scientists in oursociety, and that a scientific book offers an opportunity that should not be missedconcerning this problem”.